21/01/21 @ 13.00PM - CURRENTLY WE ARE UNABLE TO ACCEPT ANY MORE ORDERS/WORK: Adam Michael here, as I type I am afraid we have had a much busier month than usual and as such have only got enough labels on hand to complete the orders received. The difficulty now is that we are also due to switch over to new in-house printer hardware and label software across late next week. As such, I have removed all countries listed from the website, so no orders can be placed (prices now display without vat/tax). The site will be re-enabled to accept orders again on February 4th and I apologise for any inconvenience caused. All orders placed up until the 18th January will be collected by the couriers today and all orders placed across the 19th to 21st January will be dispatched by no later than Tuesday 26th January. Thank you, Adam : ) Dismiss

Adam Michael has this to say “The essential oil of tea tree used neat can be considered as an effective treatment for cold sores. Dab it on at the first burning sensation that precedes the blisters. Blisters of shingles and chickenpox can be treated in the same way. Verrucae’s and warts can be eradicated by placing a single drop of tea tree neat on the centre every day and covering with a plaster. It may take a week to see any result, but is effective in the long run. It is also very good for the large, inflamed and often painful spots which some women tend to get around the nose and chin in the days preceding menstruation. A single drop of tea tree dabbed on each spot rapidly reduces the heat and pain and clears the spots up quite quickly. There are, of course, a good number of essential oils which are active against bacteria and viruses, but anti-fungal oils are relatively few, and tea tree is a welcome addition to their number. It is an effective treatment for fungal infections such as ringworm and athlete’s foot.

Valuable also for treating colds, and if used in the bath at the first signs of a cold or flu, one of the effects of tea tree is stimulating the profuse sweating. This has long been recognised in naturopathy and other forms of natural healing as a valuable response to infection. Quite often this is enough to stop a cold or flu developing. This is not suppressing the infection but very efficiently fighting it. People with sensitive skins should use less than 3% in dilutions and might benefit from blending the oil with carrier oil before adding it to the bathwater.

Tea tree is extracted through the steam distillation of the leaves and branchlets and our organic batches generally contain 40% or more of the prized terpin-4-OL.

And finally a story I love is when Captain Cook’s expedition arrived in Australia, evidently suffering withdrawal symptoms from the cup that cheers, the crew are said to have used the fragrant leaves of melaleuca species as a substitute – hence the name tea tree.” 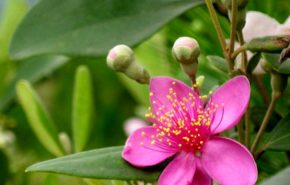 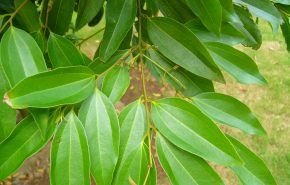 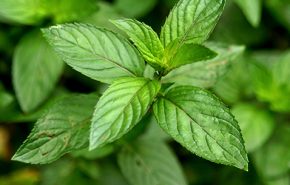 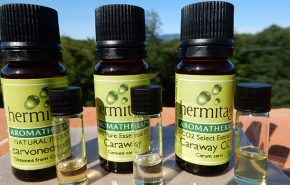 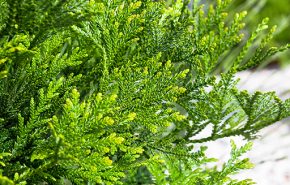 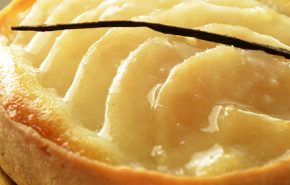 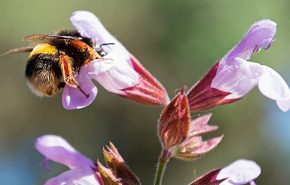 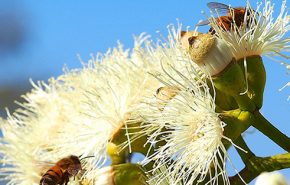